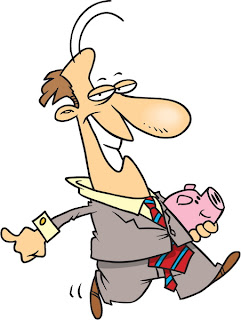 The new retirement keeps changing and likely will keep changing for quite some time.

An article entitled 11 Signs You Won't Be Retiring in 2011 (on InvestorPlace.com) gave the following signs why your retirement plan will not allow you to retire next year:

1. You Have Set a Date With Death.
2. You Never Worry About Scams.
3. You Have Credit Card Debt.
4. You’re Still Supporting Your Family.
5. You Don’t Know What Your Social Security Benefits Will Be — Or Won’t Be.
6. You Have a Significant Mortgage Balance.
7. You Don’t Have a Budget.
8. Your Budget Depends on Investments Appreciating or Paying Dividends.
9. Your Budget Doesn’t Cover Medical Expenses.
10. Your Retirement Plan is Just a Plan.
11. You Love Your Job.

This was the comment that I posted (but rejected, likely because the author of the article is too hard-headed or too much in denial that unorthodox retirement plans may just work a lot better than conventional ones):

You are being too reasonalble.

For the record, I have never had a budget and I don't ever intend to have one.
I am pretty good at saving money and have been able to avoid debt, however.

Based on my financial position today, I am in much better position to retire in 2011 than most Canadians and Americans my age.

I decided to work only 4 hours a day when I semi-retired 20 years ago and forget about any company pension plan or government pension plan as part of my retirement plan.

I am now 61 and I don't anticipate many financial problems in retirement.

Of course, most "reasonable" people will say this it is impossible to semi-retire when one is in debt — and it is for reasonable people!

My retirement plan is unreasonable but it works.

These creativity quotes give an indication of the philosophy on which my retirement plan is based on:

"The more you reason the less you create."
— Raymond Chandler

"Reason is a harmonising, controlling force rather than a creative one."
— Bertrand Russell

"I must create a system or be enslaved by another man's; I will not reason and compare: my business is to
create."
— William Blake

"The radical invents the views. When he has worn them out the conservative adopts them."
— Mark Twain 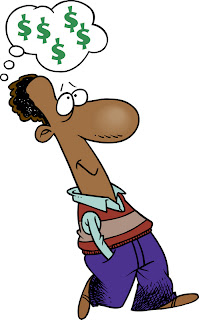 I regularly read articles related to Social Security, retirement, and pensions so that I can keep my retirement plan tuned up for any changes that may affect it and so I don't have to go looking for a retirement job.

This is my comment to a USA TODAY story relating to retirement planning titled Assume you won't collect anything from Social Security.

You are right to say "Assume you won't collect anything from Social Security."
I have always said don't rely on any government-run pensions fund as part of your retirement plan.

But this applies to baby boomers as well.

As I indicated, even winning the lottery as a retirement plan (as stupid as it is) is a safer bet than counting on Social Security.

The entire American Social Security System is actually a giant Ponzi-type pay-as-you-go scheme that takes the payroll taxes of Americans who are still working and distributes it to American retirees.

What a brilliant idea, having the American government borrow money from itself and issue IOUs to itself, promising to pay it back sometime in the future as retirement income to its citizens!
This would be okay if the U.S. government in itself wasn't so largely in debt that it can be considered bankrupt big time.

So, would you trust an IOU from someone or an entity that is bankrupt big time?
If the figures in the article called The Scary Actual US Government Debt in last Wednesday's Globe and Mail are true, the U.S is even further in debt than 98 percent of Americans are willing to admit and the Social Security system is even in greater and imminent danger.


If the U.S. government is actually about $200 trillion in debt instead of under $20 trillion, it may not be able to pay Social Security within 5 years or so.

Of course, most Americans are in denial about how much debt their government has incurred and can't accept that the Social Security system is in fact bankrupt.

Again, Social Security as a retirement plan is less secure than winning the lottery.

Unfortunately, many North Americans now suffer from a sense of entitlement and are not willing to take responsibility for their lives. This has in part contributed to the serious economic conditions today. If people learned how to save and pay cash for anything they purchased, we would have few people in serious debt and relying totally on Social Security as their retirement plan.


I worked less than half of my adult life and I have no debt problems simply because I learned a long time ago how to live way below my means. Incidentally, I drive a 1995 Camry even though I can purchase a brand new car for cash. What's more, I have about 10 credit cards but have never paid one cent of credit-card interest in the last 20 years. This is a result of taking responsibility for my retirement plan.


As an aside, I thought my net worth was about $13.5-trillion more than that of the U.S. government, given that I have no debt.

If the figures in the Globe and Mail article are true, my net worth is actually about $200-trillion more than that of the U.S. Government.

I bet most people didn't know that I was that rich.

Ernie J. Zelinski
Author of How to Retire Happy, Wild, and Free
(Over 125,000 copies sold and published in 9 languages)

Here are a few retirement quotes to keep things in perspective:

Waiting until your retirement party is too late to start planning your portfolio.
— Richard Wastcoat


You are only as rich as the enrichment you bring to the world around you..

If you retire right the only thing you will worry about is when to eat and when to sleep.
— Author Unknown

The shortest and best way to make your fortune is to let people see clearly that it is in their interests to promote yours.
— Jean de La Bruyére
Posted by Ernie J. Zelinski at Tuesday, November 02, 2010 No comments: Links to this post