Retirment Planning - Those Who Don't Respect Money Don't Have Any! 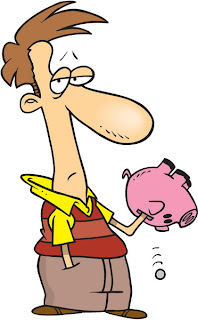 In your article, you make this statement:

"Even when low income seniors are boosted to around $16,000-$18,000 with Old Age Security and Guaranteed Income Security, it is still not enough to survive, Eng said."

This comment by Susan Eng is simply not true!

I know people who are living on even a lower income right here in Edmonton, and not only are they surviving, they are living well, and happy, I might add.

For instance, my friend Jim took early Canadian Pension Plan of only $435 a month at 60 years old. This is his total regular income and he has no assets to speak of except for an Airstream trailer and a older car. His income is supplemented by a few hours a week work that he gets from a mutual friend who manages a medical clinic. Jim lives pretty well and is one of the happiest people I know. He does admit that he wishes that he had a bit of money saved for emergencies, however.

Another friend George is 65+ and collects about $1,450 in Canada Pension Plan and Old Age Security. This is his total income. George lives in a subsidized one-bedroom apartment in a Seniors project. Get this: George saves $450 to $500 a month from that $1450. And George saves this amount every month. George says that he knows that he will have a good deal of money in the bank when he dies.

Refer to first two of the last three paragraphs from an article in last Friday's Wall Street Journal in which I was quoted for the reason that most people don't have enough for retirement in the first place.

Get Out of The Rat Race

Just in case you are too lazy to read the Wall Street Journal article, this is what reporter Brent Arends wrote in those two paragraphs.

The problem with people nowadays is that a 'necessity' is any luxury your neighbor happens to have," jokes Ernie Zelinski, a frugal living guru and author of The Joy of Not Working and How To Retire Happy Wild and Free." He adds, "We can all live on less than you think."

You might not want to go as far as Mr. Zelinski –"I don't own a cellphone, I drive a '95 Camry, and for two years I lived without a sofa," he says–but the principles he espouses aren't crazy. "You're financially independent if you have $15,000 coming in and $14,900 going out," he says.

There is also another reason that people don't have enough money for retirement.

It was J. P. Getty who said, "Those who don't respect money don't have any."

So long for now.

Check Out These Retirement resources:

Posted by Ernie J. Zelinski at Saturday, November 28, 2009 No comments: Links to this post

Time for Retirement But Scared and Nervous about Retiring 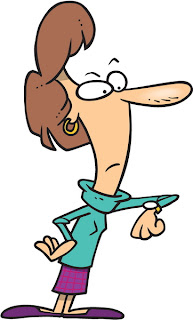 This is my latest e-mail from a reader of one of my books:

I bought your retirement book a few months ago after I gave my six-month notice at work. I have been too inundated at the office to contemplate the huge change that's about to occur. Buying your book and reading it in advance was the smartest thing I could have done.

I've been trying to soak up every page, although I may need some re-soaking once I cross the finish line. Your book has been extraordinarily helpful, and I want to thank you so much for writing it.

I'm starting to get scared and nervous, despite the book's encouragement and affirmation of my own thoughts. I've never taken a leap into the unknown before, and your words have given me a little courage for a decision that I struggled with for several years.

I wish one of your [retirement] resources was a newly-retired support group. Perhaps your next book could be a bit more geared towards women, as my only complaint was that it was somewhat male-oriented. I just wrote a review on Amazon and gave you five stars, which you were on the brink of anyway. Good luck on your future writing which I'm looking forward to reading. You have another devoted fan.

This was my reply:

Thank you for your e-mail and your kind words about How to Retire Happy, Wild, and Free.

I normally ask people who e-mail me with kind words like this to put a review of the book on Amazon.com and I try to bribe them by offering them a complimentary signed copy of one of my other books.

Since you have already placed a great review on Amazon.com, all I need is your full name and your address.

Come to think of it, if this is possible, can you also try to place the same review on Barnes and Noble.com.

In any event, once you send me your address, I will send you a copy of my latest book Career Success Without a Real Job (a Free E-book with sample material is attached) given that you have indicated in your pen name on Amazon.com that you want to be a writer.

Many thanks and so long for now,

Check out my Latest websites:

Friendship Poems and Quotes on Squidoo

The Joy of Being Retired

Posted by Ernie J. Zelinski at Wednesday, November 04, 2009 No comments: Links to this post