The Joy of Not Working - Latest Email 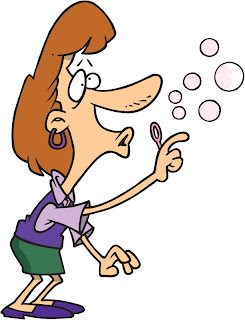 Here is the latest e-mail that I received about The Joy of Not Working:

I came across your book TJONW [The Joy of Not Working ] in the mid 90’s it was purchased from a discount drugstore and I want to tell you how it has affected my life.

When I read your book it was like a duck going into water I could relate to your way of thinking and appreciated how organized you were as to sharing how to live frugally and happily…The main thing is “ I will find a way or make one “ a quote from Robert E. Peary

And if a person stays focused on that standard and lives within their means they can find a very fulfilling and rich life…There isn’t enough hours in the day to do all I would like such as: …gardening…sewing…cooking…wood crafting… recycling…and upcycling (making things from recycled items) …walking…kayaking…visiting…internet surfing…playing with the grandchildren…bartering…massaging (that’s my profession)…thrift shopping and yard sales (which saves lots of $)…and being a DIY person… also I am lucky to have the time to hang out the laundry and shop for things that are on sale and make homemade applesauce because it tastes better and be a vegan because it’s healthier…I always wanted to write to you and when I found all your web sites I wanted to join in and let others know that a more natural approach to living life and saving money [for retirment] affords you of enjoying your day to day activities and keeps you doing those types of things instead of punching a clock for someone else.

Keep up the good work!

Thanks for all the ideas,

Here are some funny retirement quotes to help you in your retirement plan so that you Retire Happy, Wild, and Free:

"Anyone who thinks that they are going to be able to ease into retirement and everything is going to be just the way they figured it would be has obviously never been retired."
— Unknown Reader in response to Globe and Mail retirement article

"One wonders if the fallback retirement plan is what I call "Freedom Six Feet Under"."
— Jonathan Chevreau

"Money will be your friend — like all friends — only if you treat it with great respect. Treat it with disrespect and you will always have financial difficulties. Haven't you noticed? People who don't respect money don't have any."
— from The Lazy Person's Guide to Success

Posted by Ernie J. Zelinski at Saturday, December 31, 2011 No comments: Links to this post

Labels: retire happy, retirement plan, The Joy of Not Working

Self-Publishing Ebooks as a Retirement Job 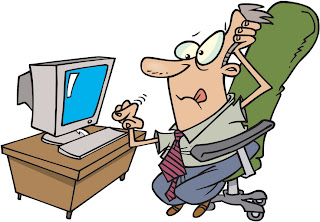 Many retirees think that one of the easy ways to riches (as a substitute for a lucrative retirement job) is by self-publishing ebooks given the dramatic rise in ebook sales for devices such as the Kindle, Ipad, and Nook.

Here are the comments that I made on a blog in response to the fact that ebook self-publishing is the rage and so many wannabe writers think that they are going to make such a great income from self-publishing ebooks.

I have been self-publishing print books for over 20 years and make a very good income at it (almost $100,000 a year).

I published one book (101 Really Important Things You Already Know, But Keep Forgetting) as an ebook on Kindle and am not impressed with the sales. I know of several authors whose ebooks have sold fewer than 25 copies on Kindle. There are obviously tens of thousands of ebook authors with the same results.

The point is that, as a book expert recently said, "Everyone today can afford to preach in the desert."

Keep this quote in mind:

"It's never crowded along the path that will take you to destinations worth arriving at."
— from Life's Secret Handbook

By "creative marketing" I mean no copycat stuff! Creative marketing is what I did to make my self-published How to Retire Happy, Wild, and Free the best-selling retirement book in the world that far outsells all the name brand retirement books such as The AARP Retirement Survival Guide, What Color Is Your Parachute for Retirement, and The Wall Street Journal Complete Retirement Guidebook.

Fact is, even the marketing plan for my How to Retire Happy, Wild and Free is still in its initial phases and developing at this point, eight years after I self-published it. I have sold only 150,000 copies worldwide and my goal is to eventually sell 500,000 copies worldwide.

In short, most authors (more than 95 percent) have never made much money from their writing and have to work at a "real job" to earn a living. The opportunity to self-publish ebooks will not change this simply because most authors are not willing to do the work that is required to market their books in truly creative ways.

Here is what Seth Godin, one of the top marketers in the world said in his book The Dip:

"Being average is for losers. Being better than 98 percent of the competition used to be fine. In the world of Google, though, it's useless. If you are not going to get to #1, you might as well quit right now."

Seth knows what he is talking about given the results that he has attained in marketing his books.

What Are Your Retirement Goals? 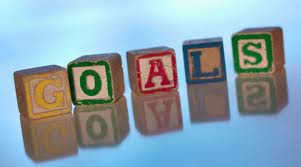 What are your retirement goals?

At this link are the World's Top 100 Goals according to the website 43 Things:

Notice that writing a book is the second top goal after losing weight. In fact, 82 percent of Americans think that they have a book in them.

When I look at the list of the World's Top 100 Goals, I can think of at least 10 great ideas for a new book.

If you decide to write a book, these quotations about writers apply:

"Write without pay until somebody offers pay. If nobody offers within three years, the candidate may look upon this circumstance with the most implicit confidence as the sign that sawing wood is what he was intended for."
— Mark Twain

"If you want to be a writer — stop talking about it and sit down and write!"
— Jackie Collings

"Writing is a profession in which you have to keep proving your talent to people who have none."
— Jules Renard

"The best effect of any book is that it excites the reader to self-activity."
— Thomas Carlyle

"Nobody ever committed suicide while reading a good book, but many have while trying to write one."
— Robert Byrne

In short, it's amazing how long it takes to write a book that you are not working on.

As an aside, check out the leisure quotes on this webpage, particularly the second last one.

The Elders Speak about Leisure

For more on Bhagwan Shree Rayneesh, see Osho on Wikipedia.

Posted by Ernie J. Zelinski at Thursday, December 15, 2011 No comments: Links to this post

A House Is Not Part of My Retirement Plan I received the following e-mail today:

You said you liked hearing from people, so here I am. I have bought most of your books, so I guess I have contributed to your joy of not working.

I guess the main lesson you give is that is possible to scrape by without a job. You have done it, although it would appear you don't own a home or have really much savings for retirement. And as you have said, you're not such a good writer.

I am like many who buy your books; looking for an exit from the drudgery of it all. The trick is of course how to do that and still have a roof over your head and be able to do some of things you want to financially. In Australia at least homes are very expensive. The less fun jobs allow you to pay off the home quicker, even if you buy a modest one.

I think once I own somewhere I would be happy to live for a long time, I'll be in a better position to take risks.

This was my response to David:

Thanks for reading my books.

Yes, I am not a great writer and yet my books have sold 700,000 copies worldwide. This has helped me with my retirement planning.

Actually, I did scrape by financially for a little while, living at or near the poverty line, but I never considered myself poverty stricken.

I actually semi-retired when my net worth was MINUS $30,000. (due to student loans).

People say that can't be done but I proved that it can be. To be able to this one has to play in a realm that is about 3 levels above the majority and one in which the majority don't want to play in.

Regardless of the fact that I have worked ony 3 or 4 hours a day for many years, I am better prepared financially for retirement than most people my age.

I purchased the half duplex that I rented for 28 years in 2007. I placed a $163,000 down payment and a mortgage of $162,000 on it. I promised that I would pay it off in 5 years. I actually paid it off in 4 years. Although the half duplex is worth only about $285,000 now since the drop in house prices, I am not concerned. My home was never part of my retirement plan. I have always maintained that a house is a consumer item and not an investment of any sort. People who think a house is an investment and an important part of a retirement plan is a dummy. The house crash in the U.S. proved that this is the case.

I also have saved about $400,000 for retirement because when I started making decent money about 7 years ago, I saved 50 to 60 percent of my pretax income. Saving only 10 percent of one's income is for amateurs and sissies.

My strategy on how to do this is covered in my book Career Success Without a Real Job: The Career Book for People Too Smart to Work in Corporations.

Many thanks and so long for now,

Here is another reason why house prices will not recover for years: U.S. Echo Boomers Have Little Interest in Home Ownership.

Posted by Ernie J. Zelinski at Sunday, December 04, 2011 No comments: Links to this post